On the (literary) Road Again...

Okay, finally time to get back on the road….  And you might wonder: “Hey Feeder, why bother?”, but my answer would be found somewhere in the “engineer” quote posted a bit ago.

To recap a bit, our final night in STL with FOJTE contained that lovely dinner at Stone Soup Cottage.

So we set out the next morning (after a final coffee with TE’s) we headed out of STL for Kansas City.   You might remember that I70, which sort of connects the two, was the first Interstate Highway in the United States ultimately linking (at least) KC and STL, in 1970. 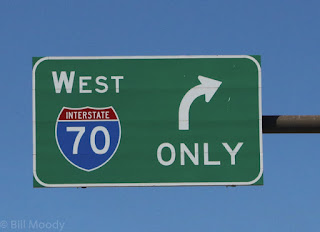 One of the things I enjoy about traveling that particular stretch is the phenomenal amount and variation in roadside signs (yes, i am nuts).  I suspect the easements and so forth were granted about the time, so people took advantage and up they go.  And over the years, the signs have evolved from the plywoody things we’re kind of familiar with to modern steel versions that tower near the road. And as I said, there are quite a few categories.

As some might know, Central Missouri has become an established and developing area for wine and wineries.  The long time flagship and original (?) winery is the venerable 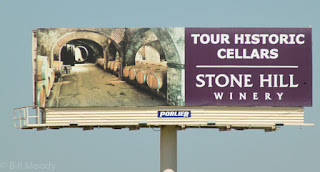 Which seems to have been able to keep their position in the growing number of other vineyards.  I know the FOJTE’s go there.  But now other wineries are jumping on the “tasting” band wagon and advertise their place as well (and just is just a limited sample) 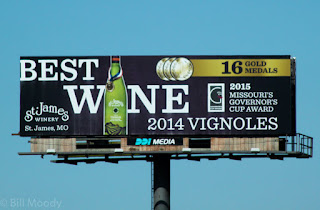 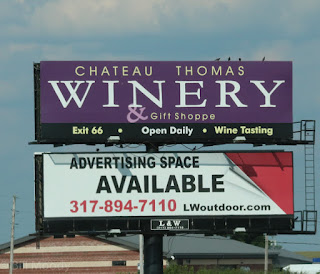 And not only relying on the billboards, but the delivery vans join in the marketing 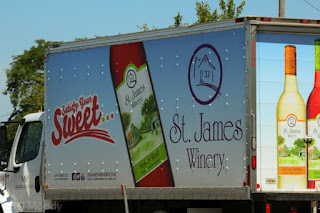 And not only the wine, other beverages are touted in various ways 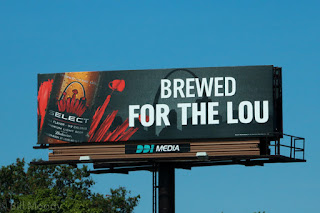 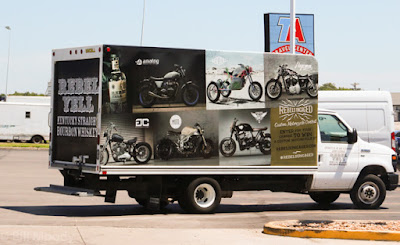 And in case you need something to do after imbibing, other alternatives are available 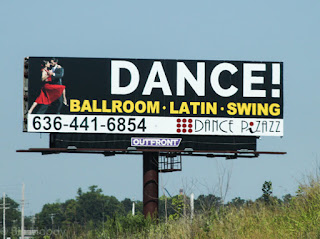 And although (with apologies) this is generally not a subject for the feeder, there are plenty of these types of diversions advertised along the way 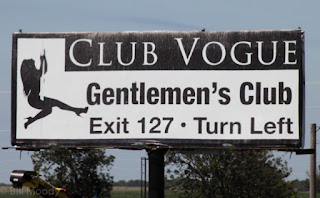 Now, not to dwell on the subject, the two operative words are “gentleman’s” and “club”.  Diagram aside, in polite and civilized society, a “Gentleman’s Club” conjures up visions of a dark wooden paneled room with ferns, comfortable chairs, a tuxedoed person gently asking if you would like your scotch refilled while you read Barron’s or The Economist or some such publication.   Well, reality:   here’s the roadside version 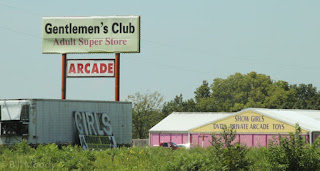 Dark wooden panels giving way to corrugated metal, garish colors, and so forth.  And while I have very limited experience with such establishments, the clientele i have observed would be a long way from being characterized as “gentlemen”.  Always something. 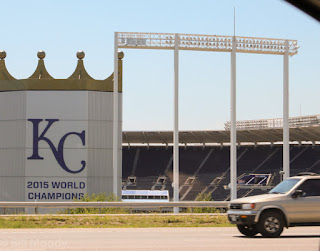 and eventually the skyline appeared
8998

And the second time being the charm, we navigated to FOJTY’s digs quite easily.

I found that KC is pretty unique, with a (food) character of its own..  will be the subject of the next issue.  I did leave one category of signage out of the above compendium, because it is part of the fabric of the city and deserves its own discussion 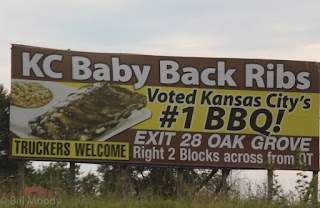 And from what I saw, it is secondary whether or not you

and just cute seen along the way: 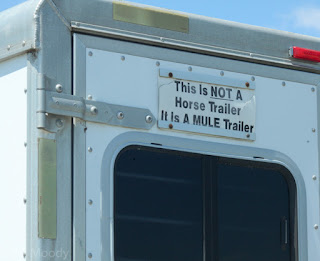 Posted by Bottom Feeder at 3:15 PM