Well, as you (should) know by now, I spent my life in East Lansing (Michigan) up until the time I went to St. Louis to work for McDonnell Aircraft Company.  My parents were not very happy, their son who got degrees in Civil Engineering was going to the fledgling and unstable aerospace industry.  They were only mollified somewhat by the fact that St. Louis is close enough to East Lansing that when I got laid off, as I most assuredly would, I could “Come back home”.  After all, there would always be a need for somebody to engineer bridges and I could find stable work for that..

Anyway, this trip was the first time we’d been “back home” for many years, I think maybe the last time was for some High School Class Reunion, probably the 50th? Which would have made it in 2009.  Hence the aforementioned kind of getting lost on Campus.  After the previous day’s journey and appointment with the archives people, concluding with that dinner and Lake Lansing Sunset 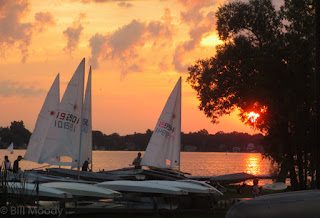 we kind of took the next morning “off” and lazed around the not-so-nice hotel.   One of the guys I used to hang out with in high school lives within a reasonable drive to EL, and we had made arrangements to meet him and his wife for lunch.

We didn’t want to do a “bid deal” lunch, so a search on trip advisor for Okemos, Michigan turned up a place called 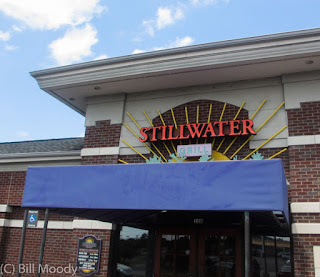 which was near the highway and hotel, and seemed to have some fans and reasonable reviews, so we picked that.  It was nice enough, and done in the standard decor of such places (near a college town) 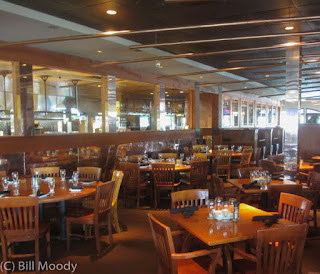 However, as a sign of the times, the distribution of the “menu” was replaced with “Hi I’m…….you” handing us an Ipad.  I’ve kind of touched on this before, and I suppose it is reflective of my age but I am not a fan of this approach. 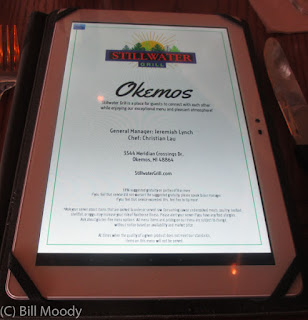 You can’t flip the pages and browse the choices, that function is replaced by "swiping" to go from menu items to wine lists, etc. 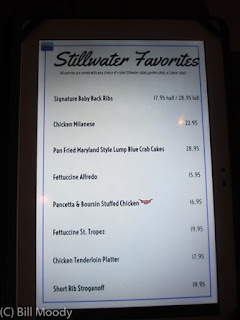 I guess I understand, but the logical extension would be if you have an electronic device, presumably with wi-fi, with the menu choices, why do you need “Hi I’m"?.   Seems like you could all just decide, select your choices,  and touch "order".  Boom!  ticket goes straight to the kitchen.   At any rate, we managed to figure out the wines and did (quite) well with those 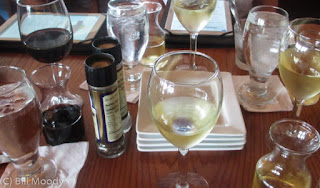 Conversation made the time fly, as I recall.   It's rewarding to find out that despite not particularly communicating, you are still friends, things to catch up on, etc.  As for the food, I had another Great Lakes Whitefish dish.  Am getting very partial to that fish.   Food was okay, but yakking took the day.   A fun time.   Too bad we’re not closer.

After we finally parted again, we decided to “tour” East Lansing to see some of our old haunts (if we could find them).

NOSTALGIA Department
(warning, could be extremely boring to many readers!)

The Town
When we were there full time (in the ‘60’s mind you), East Lansing was a nice little “college town” with book stores, head shops, music stores (that sold vinyl records) and so on.   Well, time changes things. Here’s what Grand river looks like today 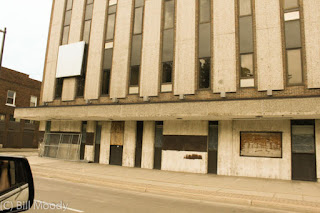 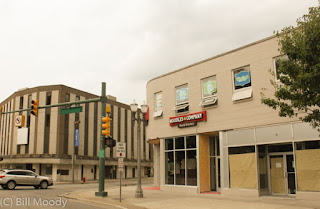 Perhaps there are "plans", we wouldn't know.  At least our old “People’s Church” still stands proud 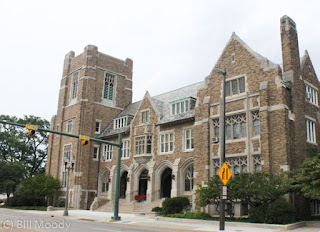 On those (rare) occasions when the Moodys went to church, this is where we went, and it was called “Interdenominational” due to the wide cross section of cultures in a college town.  Of course there were still the “standard” faiths with their own church, but this was kind of "one service accommodates all". 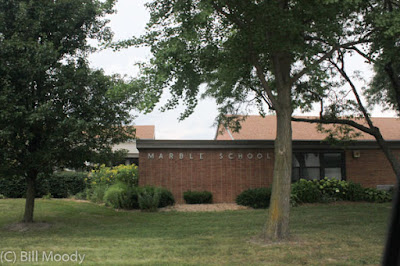 Bailey School; where the Feeder went for grade school (now a community center)

High School
East Lansing High School, where we both were the first four-year class after it was constructed in 1955, although it may have had a face lift since then 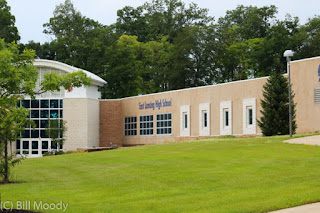 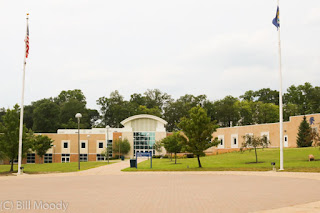 College
MSU College of Engineering for the Feeder; Bachelor and Master’s in the afore mentioned Civil Engineering
2593 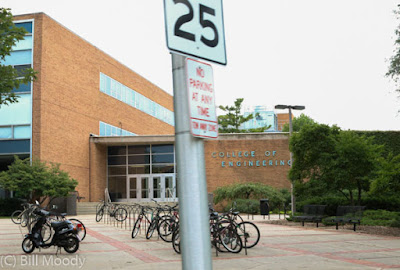 It takes real photographic talent to get this shot!

Gunson Street, the home of the Feeder 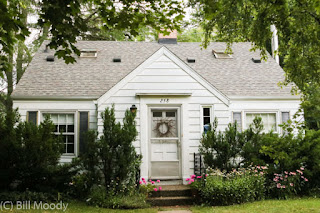 Snyder Road, the home of MFO 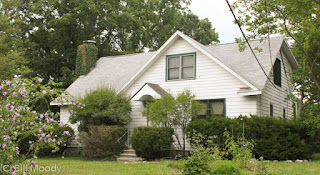 While there were others, what the Pretzel Bell is to the University of Michigan, Coral Gables was to Michigan State.  And I suppose the “now hiring” sign reflects more hard times 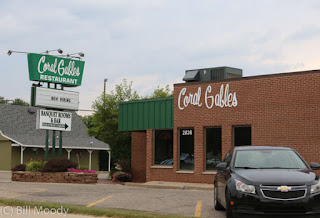 Kind of depressing, but I’m sure tastes, locations, and venues have evolved and there are now new spots where the students hang out and so forth.  Can’t judge by what was some 60 years ago…

We did end the day on a high note, when we had a nice dinner with more acquaintances from those days.  We’ll save that for the LAST (what did the Feeder just say?) yes LAST posting of the trip… and indeed for this occasion we did

Posted by Bottom Feeder at 4:18 PM