Admin – readers might notice a little lapse in posts here, that was due to an upgrade to the laptop that took a bit longer than expected and had some unintended consequences which were ultimately ironed out by the Blog Support Team.. so with brave new technology, we’re on the air again. Hello in there.

As alert readers know, the Feeder is always right on the cutting edge of culinary knowledge here in the county. Such as just discovering that Target has a very nice little (fresh) food section that has only been open a couple of years..Recently I have become aware of another establishment that has been in existence for a mere four years, kind of. Semi long time dwellers of the county will remember that in Leonardtown there was a (my term) “health food” store next to Café Des Artistes. I don’t believe that I ever went in there because of my pre-conceived notion of 12,000 Mg tablets of some exotic chemical that is supposed to make you healthier or a complex organic compound that makes your joints liquid again.

So, when they relocated (years ago) into the old Leonardtown Post Office/County Commissioners building I assumed they carried along the same product line and pretty much ignored it. So the other day I was lamenting the semi-demise of Woodburn’s as a source of grains, flours, gluten free items, and stuff not generally available, and my friend said, “well there’s always the”

I of course popped off with “yeah, right!”. Eager to prove me wrong, with a little coordination, a “tour” of the store was arranged, and I was given permission to take along the trusty Canon. And, as is often the case, my pre-conceived notions were completely wrong. Well, almost (see later). They do promote healthy living and foods, through organic products including things like fresh (organic) produce (they had some fresh mushrooms that looked great) and nice greens from the hydroponic farm nearby. 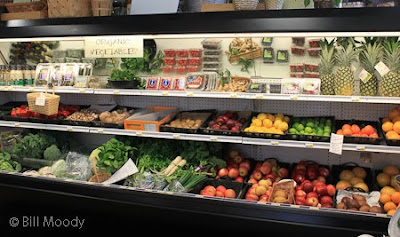 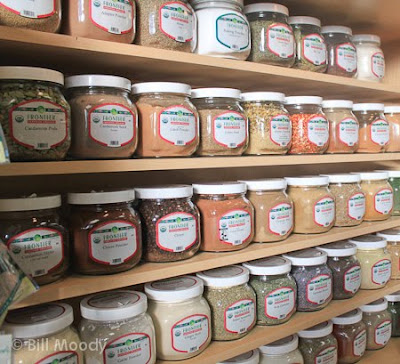 Lots of nuts and grains (reminiscent of Woodburns..) 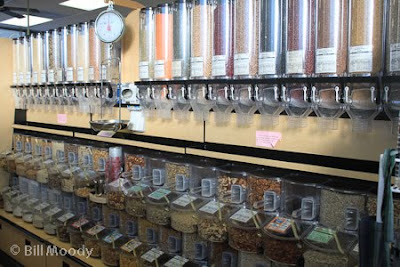 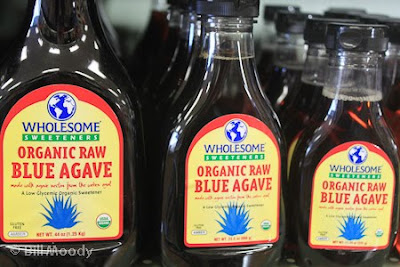 Besides supplying a source for ingredients to make your own, they have a little kitchen where they do some classes, and offer their own stuff for grab and go lunches, like soups, quiches, etc. 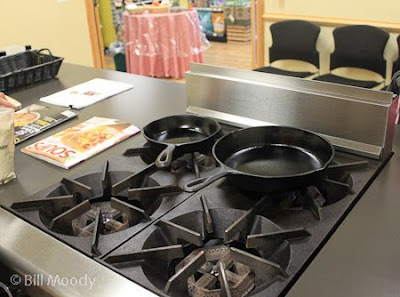 Most of the cookbooks lean toward “healthy” preparation 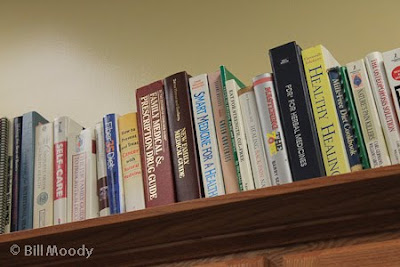 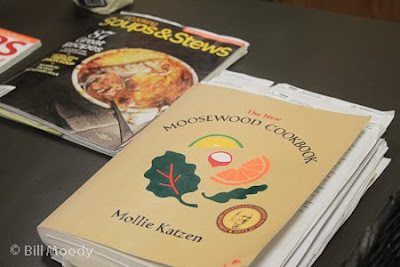 Everything is made from scratch, and my friend says it’s all good. 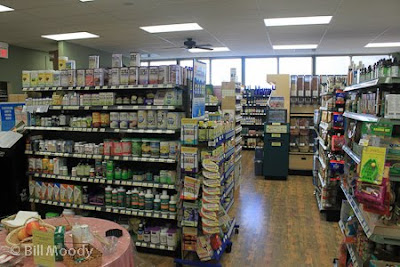 With many interesting things to see…they have lots of exotic sodas, some beers and wines, 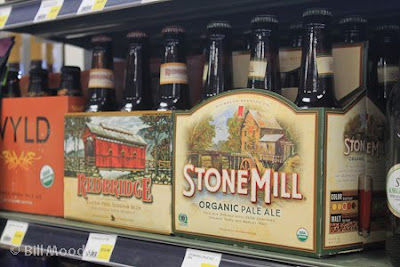 And frozen entrees (lots of “Amy’s” products). Most everything you might want. We were sort of guided around The Good Earth by Larry who is a knowledgeable proponent (and practioner) of a good diet and more than willing to discuss his philosophy with you. So it turns out there is a great local source for local stuff and a wide variety of products and ingredients that are somewhat esoteric, and hard to find elsewhere, like a line of products by 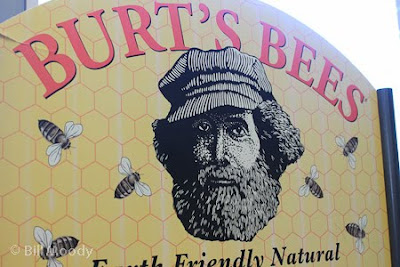 And, they still do have things I would put in the category of “health items”, but you should go see for yourself. Look what I found tucked away (presented with no comment nor judgement) 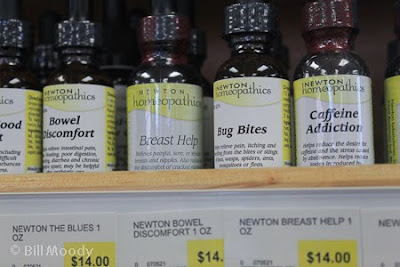 so you can pop in, shop around, talk to the staff, get some things, go home, cook and

thanks for the tour, and just another neat place to go in our burgeoning Leonardtown! They have neat stores to find (which may have existed for years) and we get Buffalo Wings and Beer

ps: are you old enough (or literary enough) to understand the clever Feeder's title to this post? huh?
Posted by Bottom Feeder at 1:42 PM