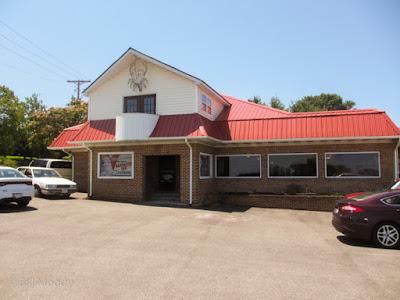 I'm sure some of the readers have memories of this place.  As you enter, you are given immediate information on what is probably the most consumed beverage(s) 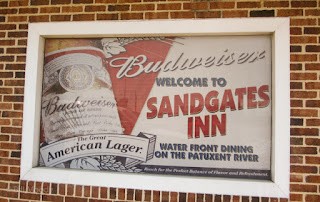 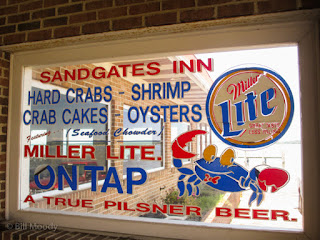 And once inside you can go down the list of “just right” expectations of an informal waterside establishment:
Water view?
5026 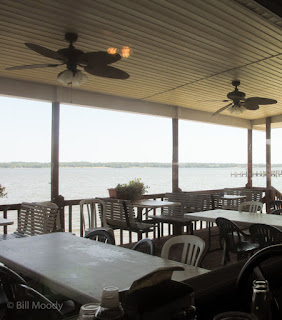 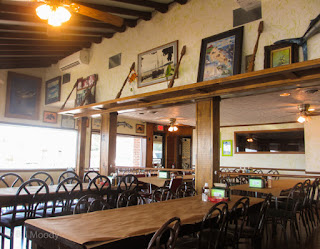 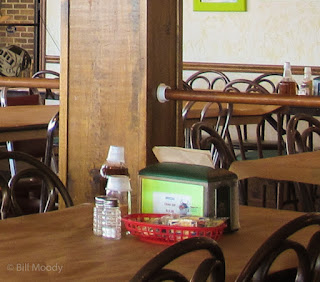 Nautical stuff on the walls?

Is there a homey little bar next room over? 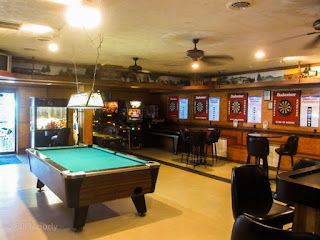 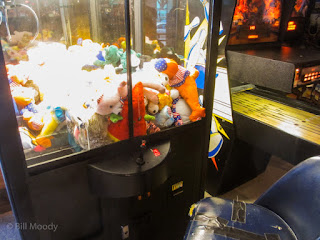 Which looks like it gets heavy use, judging by the heavily repaired chair.

Given all that, talking about the food offered is kind of moot..  crab cakes, rockfish, oyster, shrimp (etc.) baskets, soups (duhh, cream of crab), along with salads, and the usual array of land lubber burger and chicken things.   And, as with all these places you may have to pick sides 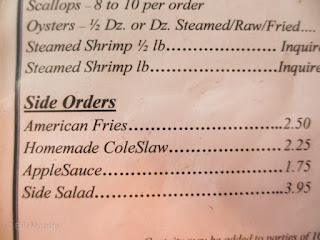 Which were prominently displayed for once.  I am not sure what “American Fries” was meant to convey, maybe “non-French”?,  anyway an order of same returned the common perception of “fries” regardless of country of origin.

A good measure of these places is always their crab cakes.  I ordered a “sandwich” along with a side of onion rings, which was either below the picture above or handled on the fly, but in any case they did appear with said cake (sandwich). 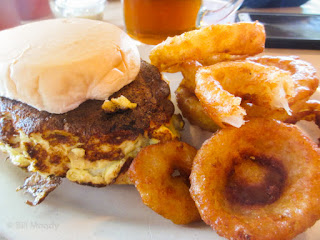 It was one of the largest crab cakes I have ever seen, as you can judge by the comparison with its “standard” burger bun.

While “just right” doesn’t always mean the food has to be exemplary, it also doesn’t mean it should be not good.  As you can see it looks like it remained on the flat top too long as evidenced by the black/burned crust (which was on both sides – always turn your food over), and it didn’t have much of a (for want of a better description) “crabby flavor”, sort of tinged by the crust.   More substance than content.  I didn’t enjoy it much.  A friends order of “chicken fingers” resulted in what you might expect at a place specializing in sea food.  Kind of pallid lumps of deep fried stuff…

Another measure of “just right” is who the clientele is.  We were on a Thursday afternoon, kind of early, but some tables were occupied, one by a couple of, forgive me, little old ladies, who were having a wonderful time talking and leisurely working their way through a beer tray of steamed crabs.  There was also a father and son enjoying cracking away.  Later arriving folks were also in the “retiree” range, and generally everybody knew each other including the server lady.  Just friendly people gathering together to enjoy each other over local steamed crabs.  Doesn’t get more “right” than that..

One of my friends kept urging me to get a picture of the crabs, but I didn’t want to intrude and maybe put a crimp in their good times..

Besides, one tray of steamed crabs looks a lot like another, so in deference to him here’s some taken next door to the Sandgates (at the Seabreeze) from a couple of years ago.   Always look good.  And Seabreeze certainly would find a place on the list.. 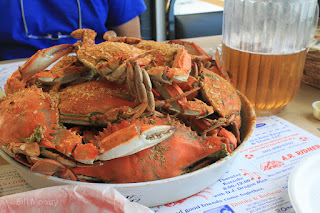 So both deserve to be recommended, although I still have some reservations on that oversized crab cake.  But by golly you just can't beat a slice of Lemon Meringue Pie, no matter it's origin 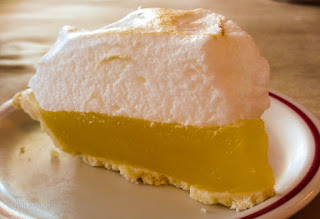 ..Oh, and you can figure out how much you would have to

Posted by Bottom Feeder at 5:36 PM