So, finally here we are at the barge.   After the bus ride through the country on the main road , eventually we turned off on increasingly rustic roads until finally we reached the little village of Veneray les Laumes where the barge was moored.  One of the nice things about this trip is that the canals which were built in the late 18th and early 19th century sort of wander through the peaceful country side near many little towns that are well away from highways and major cities.  When we arrived in the little bus, the crew (of six) was waiting, introductions were made and then onto the barge for a waiting glass of champagne and lovely little bites.  After a little more socializing (and champagne) and getting to know everybody we retired to our rooms below deck to DFD and eventually had our first dinner on board:


I only include the above to give you an idea of our daily fare on board.  We won’t do it meal by meal (although there will be more specifically on the food, cheeses, and wines).  After tea or coffee, we all retired for the night.

I think I mentioned that our daily routine was to cruise, make visits, and dine mostly aboard.  Usually we cruised either in the morning or afternoon, and tour on either.  Our first full day on the barge consisted of a morning cruise 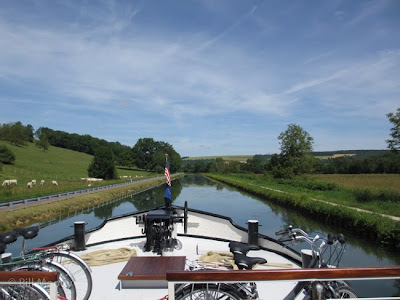 note the Charolais cattle which are everywhere 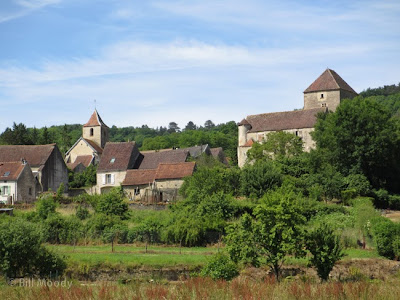 And eventually we had lunch 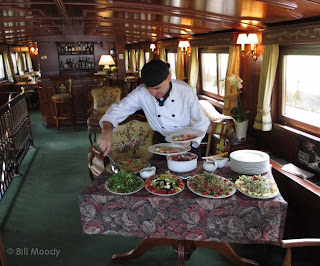 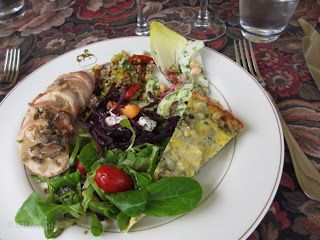 
If weather permitted (it did this day) we would eat out on the porch.  Lunch was normally served around 1230 and afternoon activity would be around two thirty (ish).  This day our trip ashore took us to a Cistercian Abby founded in 1118, the Abbaye de Fontenay, 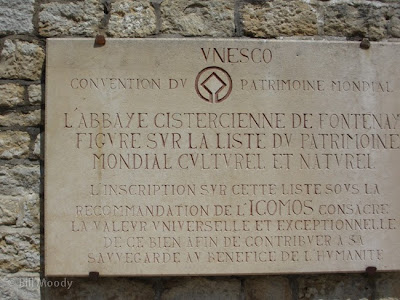 ably led by our Captain and guide, Matthew 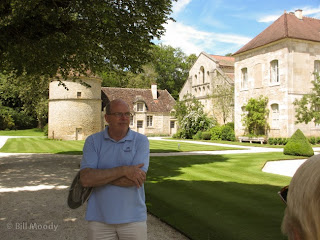 It is quite inspiring to be standing in something almost nine hundred years old.  Hard to comprehend.  Beautiful visions both inside 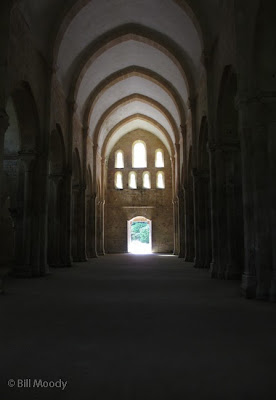 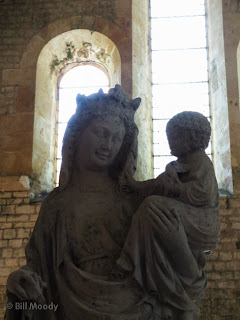 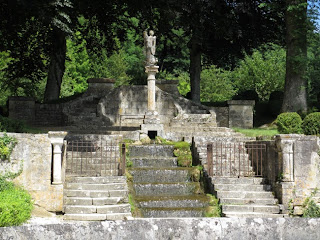 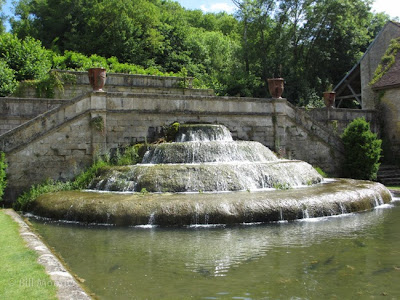 And after a lovely tour and history lesson, there is always home awaiting 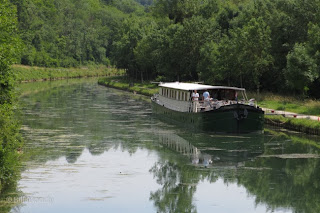 With its fully stocked bar and always nibbles.  This first day was our scheduled day to dine at the Three Star Restaurant, so after a cocktail we went below and became


We’ll describe our meal later, seems appropriate to leave that after the beautiful pictures of the Abby..

Posted by Bottom Feeder at 3:36 PM