Goodnight, Annette, wherever you are

Back when I first began writing the Bottom Feeder, I tried to hang around (as much as they would tolerate me), people at work who wrote for a living attempting to learn as much as I could.  People such as the marketeers, PR folk, and the like.   One of the terms I picked up was “green” in reference to stories.  That term was applied to stories that you could essentially publish any time and they would still be of interest.  Stories about say, climate change, or the civil war are pretty much in that category, but a robbery or restaurant closing that happened yesterday isn’t quite as interesting a year from now.

So anyway, I may be taking “green” to an extreme here, but I want to go back to last May (at least before it’s THIS May) to sort of follow up on a story I started then..  You may recall we took a road trip to Providence, RI so MFO could attend an archivist workshop. While there, we dined at a little place I found called Chez Pascal, and had a wonderful dining experience.  I did blog about it at the time, but as you possibly might remember, it was there that I came across a cocktail called a “Clayburn Martini”.  It was described on their menu as: “Plymouth Gin with a splash of Lillet, and a lemon twist”.  We inquired as to the name of the drink and were told it was the special drink of a regular customer, a Ms. Clayburn and was named in her honor.  On a whim, I tried it and really (really!) liked it.  It was served “up” and that experience may have been the impetus for my current preference for that presentation rather than on the rocks.  It’s just nice. 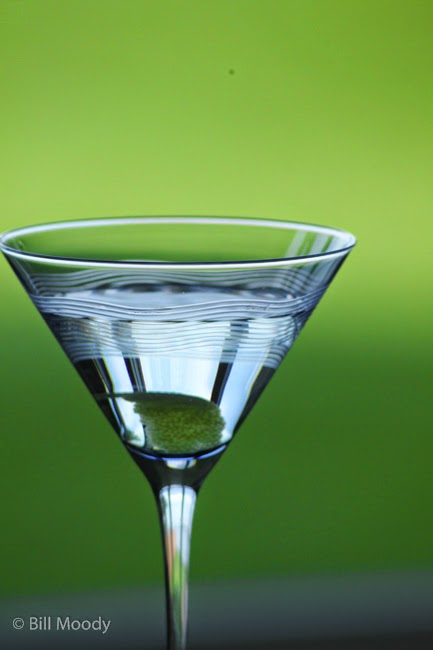 Intrigued by the drink, when I got home I messed around a long time trying to duplicate it. I purchased a bottle of Lillet and Plymouth Gin 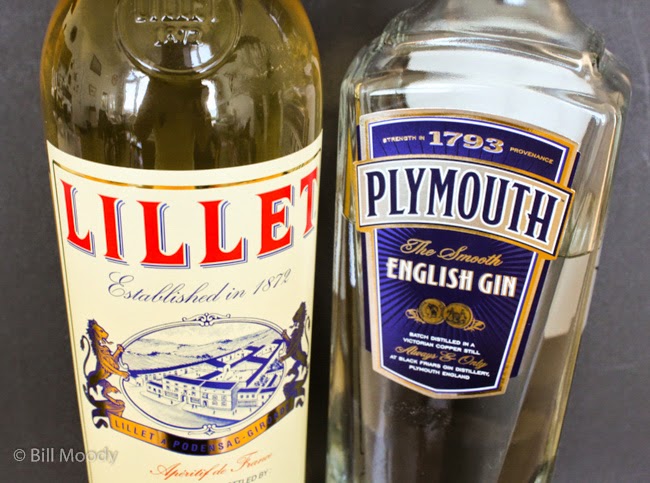 and went to work.  A noble project, having no choice but to consume multiple tries of mixtures of 3 to 1, 4 to a half, and so on.  Kind of like Cook’s Illustrated..   After many tries, I finally had what i thought was a reasonable facsimile, although I still kind of wondered what a “splash” was considered, and what proportions were actually used at Chez Pascal.  Also I wondered further about the namesake of the drink.  So I sent a note to the restaurant asking about the drink and any information on Clayburn, and much to my pleasure, I got a very nice note from both the bartender and the owner in return, who were able to fill in a few more facts.
Annette Clayburn was a regular at their bar, visiting many (three to five) nights a week.  She suggested the recipe to the bartender who made it for her, and that is how she would begin her evening.  She passed over a year ago, and occasionally Chez Pascal will honor her by putting her drink on the menu.  We were fortunate that it was included on our visit.  Their bartender also contributed the fact that she would normally request Plymouth Gin, but occasionally would have it made with Junipero.  The Junipero is more fragrant (and expensive) than the Plymouth and also packs more of a punch with a hefty 98.6 proof!  That of course led to more experimentation.  In small sessions.   So aside from the lemon, a Clayburn Martini Kit would include: 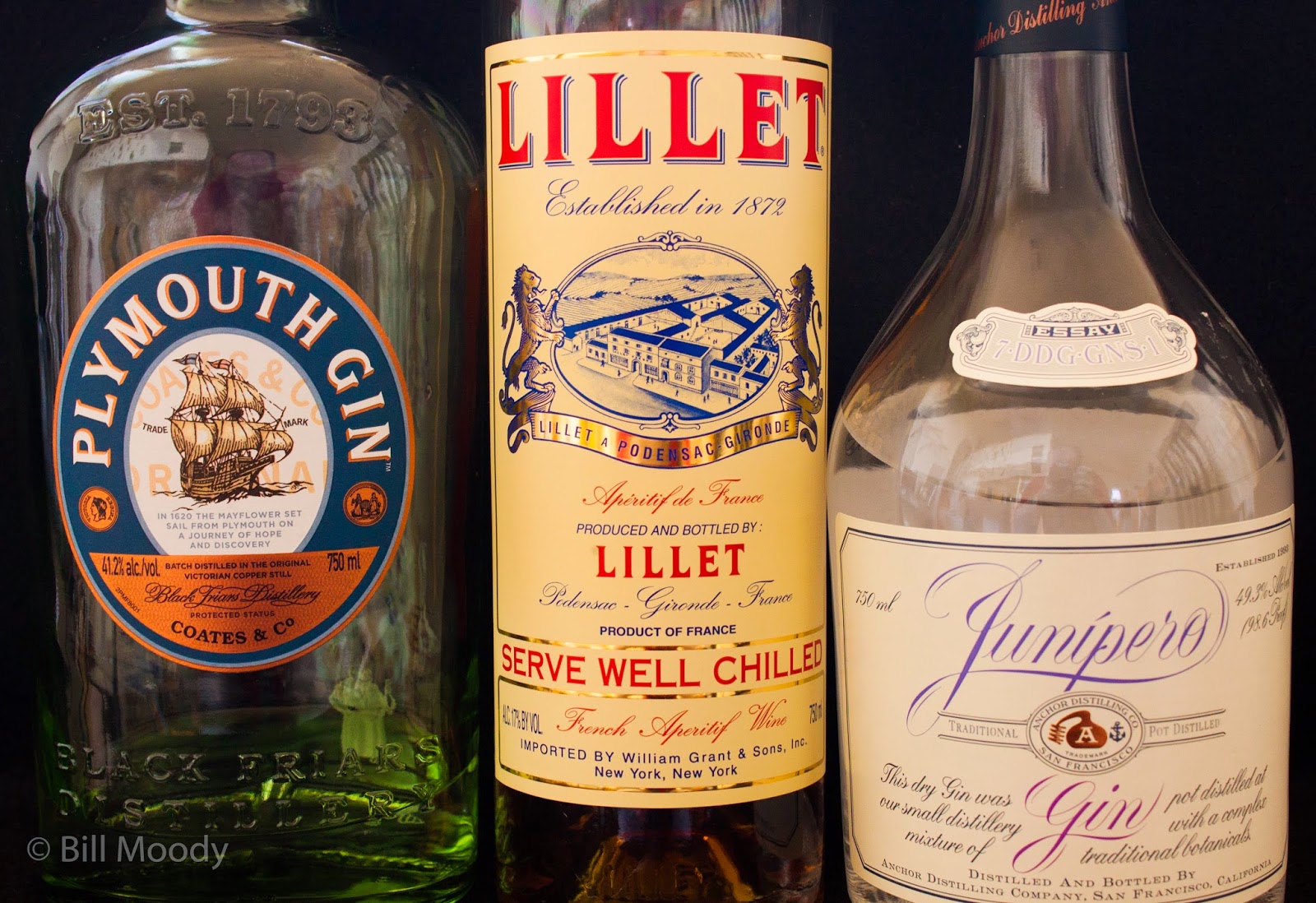 My research ultimately settled on the Plymouth version, made with about 5 parts to a scant one of Lillet, a thin slice of lemon peel, stirred in a shaker of ice and strained into a classic Martini glass.  As for the “splash” the bartender said that she views a “splash” as a quick tilt of the bottle into the shaker.  Apparently Annette didn’t like her drink too sweet, so Deb said it was more of a gesture than a taste..

I can think of no more fitting an epitaph than to have a drink named after you.. I should be so honored.  It makes me glad that the folks at Chez Pascal will (hopefully) continue the tribute to her by offering the drink now and then.  I’ll bet if you go there and ask for it, they will make it for you.  And if you are ever in Providence, be sure to dine at Chez Pascal, you won’t be disappointed.  I of course never knew you, Annette, but you must have been quite a lady.  Somehow it is fitting you were in Providence, I hope you still are and are being served your drink..  Here’s to you!! 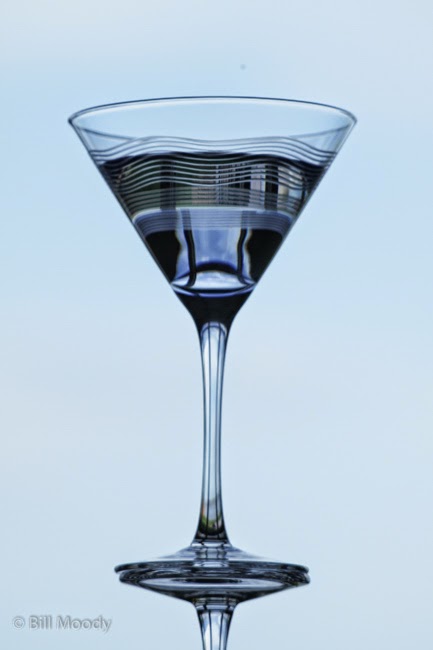 And I can only imagine that you were always
DFD

Footnote:
I browsed through some of my “Martini” books for perspective on the subject, looking at hundreds of recipes (for such a simple drink – a lot of them were silly). I ran across the fact that none other than that quintessential man of the world James Bond had what came to be known as a “Bond Martini” (now sometimes called a Vesper).  In Ian Fleming’s novel Casino Royale, Bond ordered a “Martini” made with:
Three measures of Gordon’s Gin (remember this was 1953)
One of Vodka
Half a measure of Kina Lillet (the company has since dropped the Kina)
Shaken very well until it’s ice cold, then add a large thin slice of lemon-peel