Way back when, I occasionally documented the demise of our “corner” McDonalds, here at the intersection of Millstone and 235, across from San Souci, home of the demon infested stoplights.  I have to admit I kind of miss the place, as the Feeder (true confessions) would occasionally swing in for a quarter pounder with cheese after a late meeting, and if you caught the fryer timing correctly the fries weren't bad.  Speaking of McD, have you seen the commercials lately for their dollar breakfast items, one of which is a sausage muffin with “a fresh cracked egg”?  What the H is a fresh cracked egg?  The evil little brain of mine kind of figures that is corporate hooey speech for something that is anything but fresh..

But, I digress.  First there was the McDonalds.  Then one day the equipment showed up 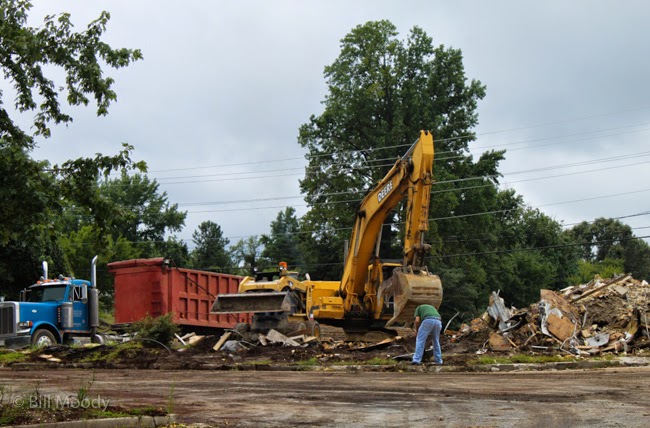 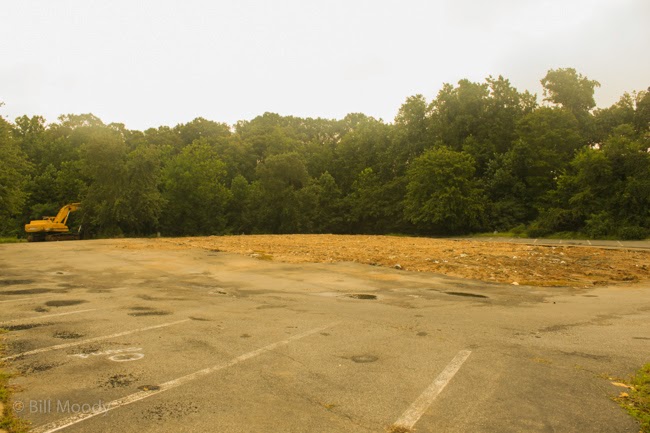 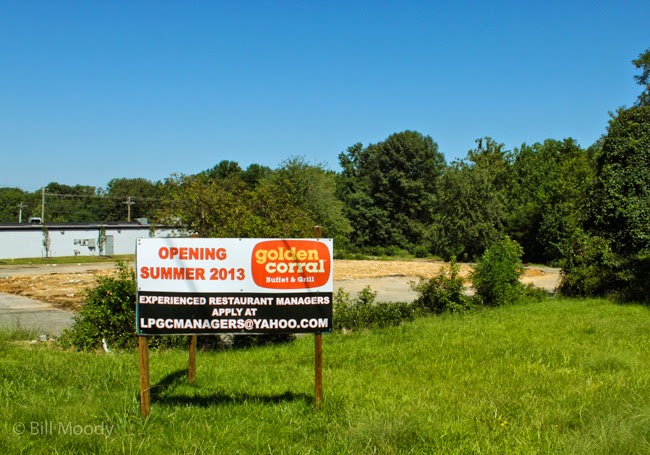 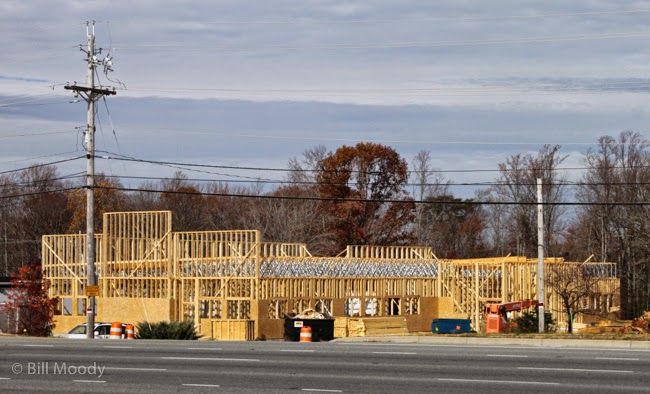 Then somehow there was a flurry of activity (working Sundays) moving earth and pretty soon, here it is in all its glory 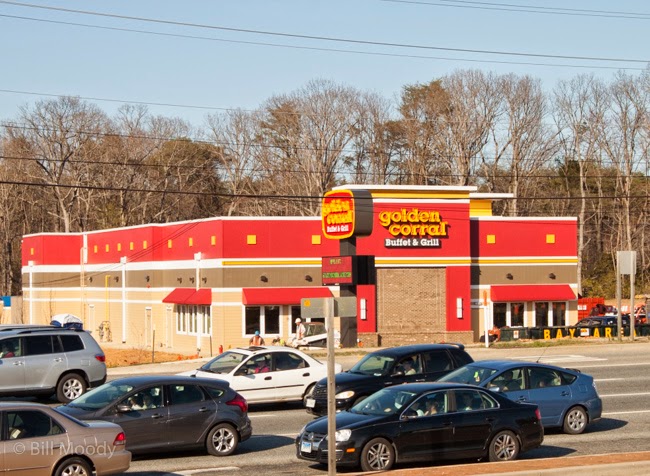 If there is an uglier building (IMHO) around here, I don’t know where it is.  It might not be SO bad if it were in a shopping center with buildings of a similar age and style, but unfortunately it is situated next to that gray cinder block building that houses Twist, Day’s Off Deli, and the tag and title place.  the Twist folks have tried hard to dress up their corner, but still you have:
5917 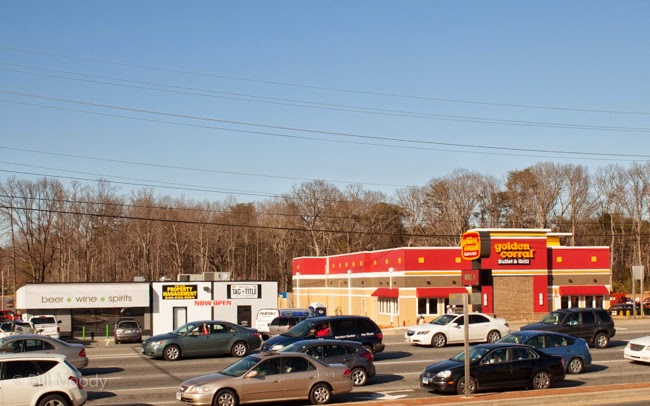 So, now when I come home from the north, I spend my (very long) time waiting for the demons to turn the light green looking at: 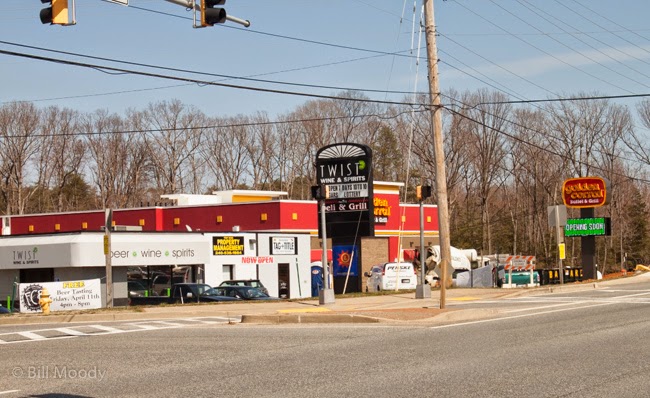 And I don’t know if you've noticed but lately we are being beset with TV commercials for Golden Corral,  letting you know “every night is a special night” (Monday: shrimp and seafood; Thursday: best of BBQ, Tuesday $2.99 Kid’s Night , and so on. And somewhere in the commercial telling me they only use “just picked” produce, there is the phrase “and we only use USDA Sirloin”.  Notice the lack of mention of grade of said sirloin?  Scary.

And according to the sign below the shield in the street sign, (green above) they will be “Opening Soon”.  Oh, and that sign is one of those that is so bright you have to avert your eyes, even in daylight.  I suppose it will improve safety on Route 235 at night as it will be bathed in light from it.

I can only imagine that when “soon” occurs, the place will be packed with diners.. or maybe eaters.

Here’s a diner at our backyard feeder lately 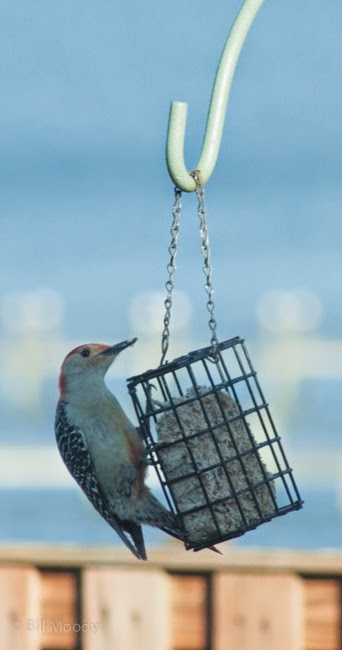 And, you will note that she/he knows that a requirement for this feeder is that you will be

Posted by Bottom Feeder at 5:01 PM